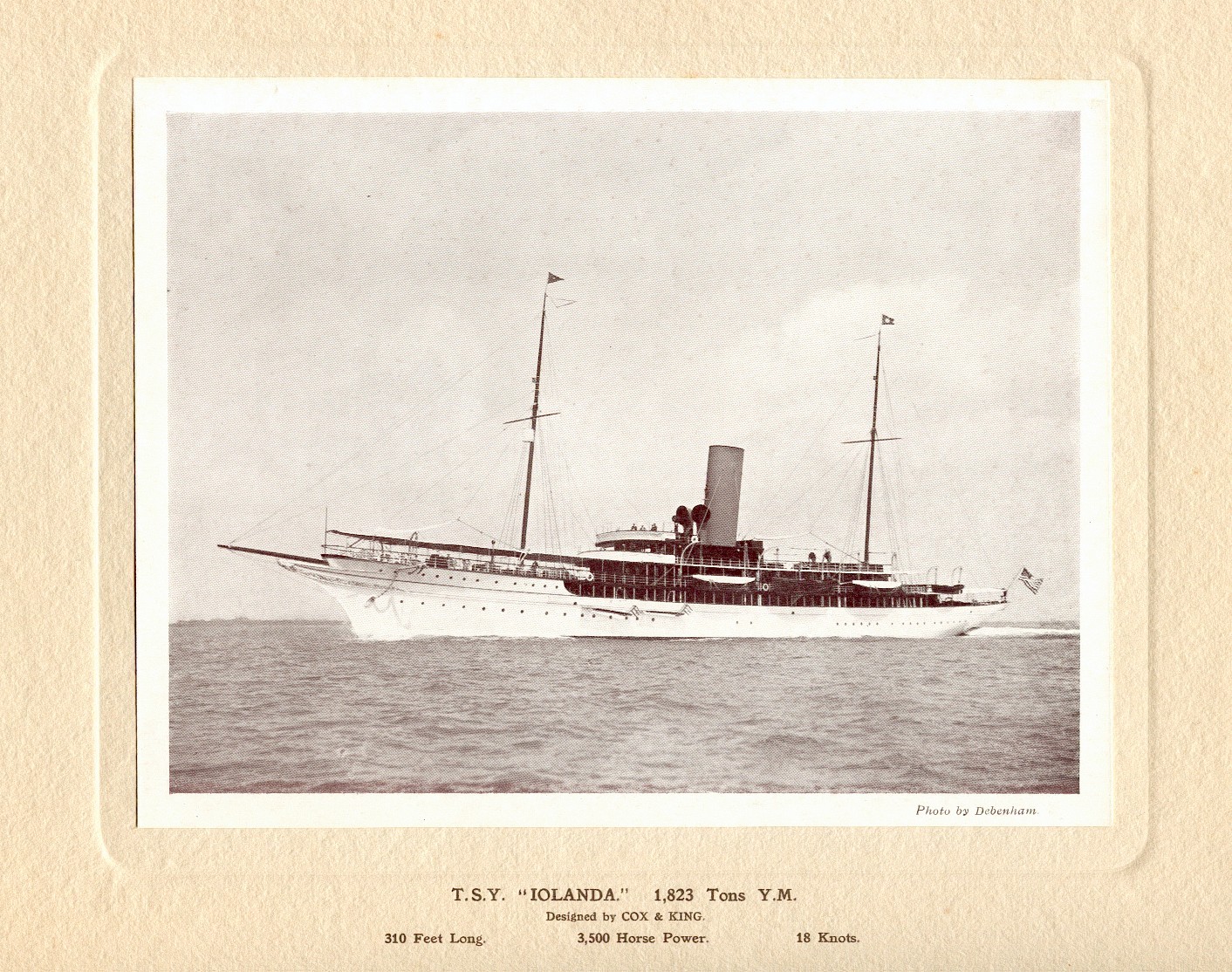 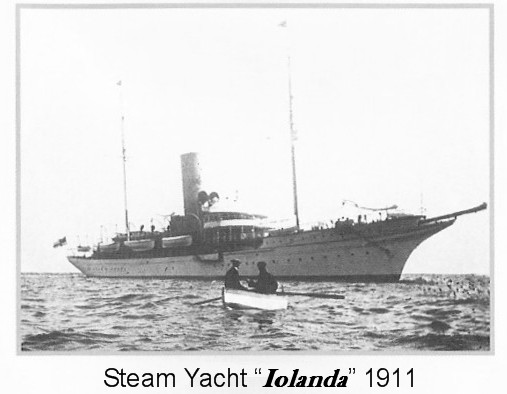 The steam yacht IOLANDA was constructed in 1908 in Leith, Scotland by Ramage and Ferguson Shipyards under the supervision of George Wilson and Co. from a design by Cox and King. The specifications detail the interior decor and types of wood to be used. At 318 feet, the yacht was the second largest in the world and was delivered to her owner Commodore Morton F. Plant and based in New London, Ct. under the command of Captain Charles Anton Knutson Bertun. Captain Bertun's papers are in a collection at the Mystic Seaport and detail his years aboard this magnificent yacht. The Museum at Mystic Seaport has a full rigged model of the IOLANDA. In the New York Yacht Club, among the 151 ship models on display, is one of a cross-section of the IOLANDA. A museum quality builder's boardroom display model of SY Iolanda was commissioned in 2018 by Nicholas Mouravieff-Apostol, cousin of Michael Terestchenko. The standard size for such a model is 1/8" to each foot or what is referred to as 1/96 scale. It was built from original plans found in the archives of the British Admiralty by a master model builder in England and was delivered in late 2019 to the Unted States. The ship's model is now displayed at Mr. Mouravieff-Apostol's estate.

In October 1909, the Commodore sailed to London in 10 days and 4 hours which was a record at the time. While in the Thames River, the crew rescued a huge Buck deer they encountered foundering in the river. Morton Plant and Moises Taylor published two books detailing their exploits and voyages aboard the IOLANDA. Lloyds Yacht Registries details the Iolanda's ownership. The title of the Books were: " Cruise of the Iolanda" by Morton Plant published in 1911 and "Happenings aboard the Iolanda" by Moises Taylor published in 1927. 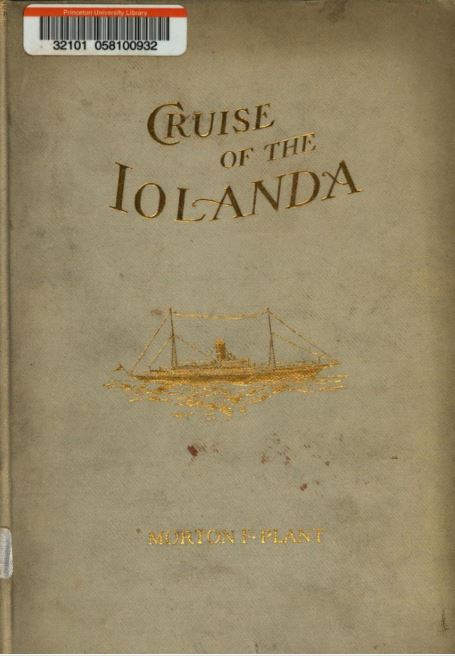 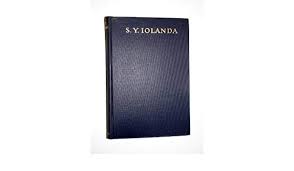 In 1911, the Commodore sold the yacht to his friend, Elizabeth Terestchenko for an undisclosed sum. Her husband, Ivan, had been the grandson of the Russian sugar magnate and industrialist Artemon Terestchenko and son of Nicola Terestchenko well known along with his brother Theodore for their immense art collection in Kiev. This yacht was built at a cost of easily one million dollars and cost at least $20,000 per month to operate. The New York Times reported the high cost of keeping these yachts in an article published in 1909. The American Ambassador to Russia stated that Mrs. Terestchenko bought the yacht for her son, Michael, for the sum of 500,000 rubles which in 2020 dollars equals about $30 million..

Mrs. Terestchenko, the widow of Ivan Nicolavitch, sailed the Mediterranean and Baltic Seas as well as toured the far east  aboard the yacht between 1911 and 1914. All of european nobility and members of the Russian Imperial family were frequent guests aboard the magnificent yacht. At the end of December 1912, the New York Times  reported the IOLANDA had been refitted in New Jersey and would sail to Cannes, France  to pick up Mrs. Terestchenko and her four children, Michael, Elizabeth, Nicola and Pelagia. 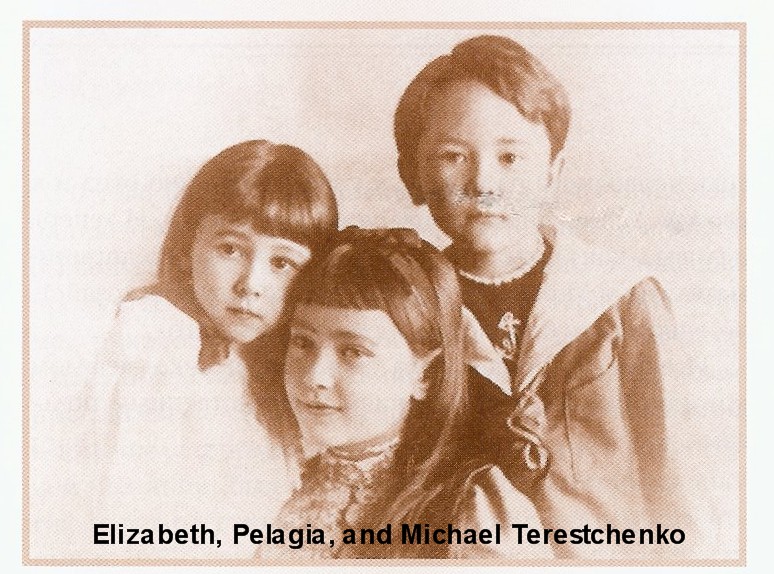 The party then set sail for a six month tour of the Far East. By the summer the ship was in the Baltic Sea again.

Interior Pictures of the SY Iolanda taken in 1912

The Bowsprit of SY Iolanda 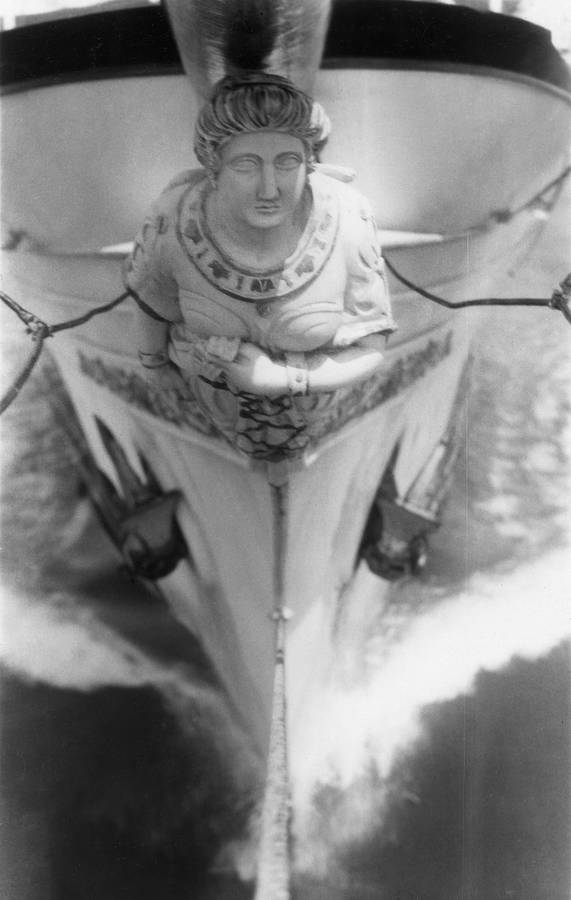 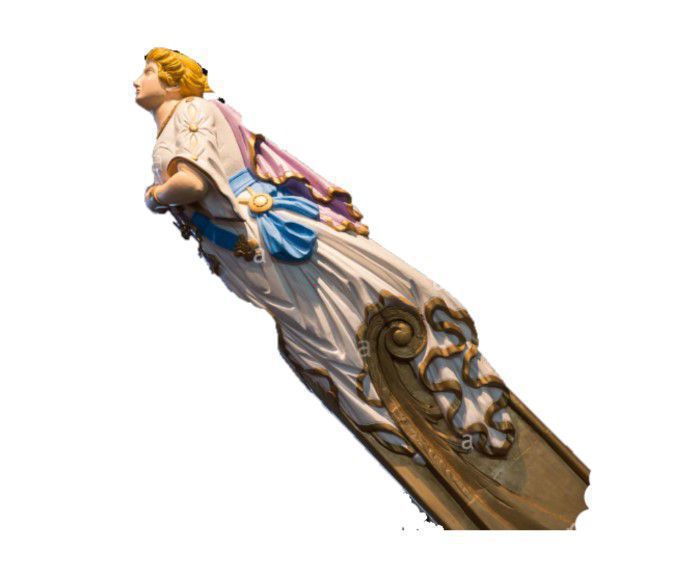 In August 1914 Captain Bertun and the yacht were interred by the Germans in Trondheim, Norway. Secretly chartering the yacht to the British Admiralty in 1915, he escaped from Trondheim on the excuse of needing dry dock repairs in Bergen, and then delivered IOLANDA to the British in Southampton. The British Admiralty extract shows the use of the SY Iolanda during WW I as follows: "IOLANDA, hired yacht, Pendant No 031. Built 1908, 1647grt/1822TM. Armament: 2-3in. In service 21.5.15-5.2.19. May have served as wireless-equipped A/P Group Leader or in special yacht squadrons, at home or in Mediterranean".At the end of the war, in 1919, he went to England and took possession of the IOLANDA from the British Government. Madame Terestchenko's son, Michael, instructed him to sell the yacht to Camper and Nicholson Ltd. in 1921. 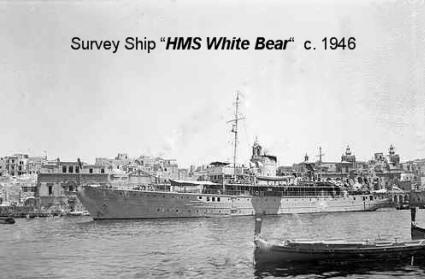 The Nicholsons kept the yacht for private charter until 1928 when it was sold to Moises Taylor of New York. The family kept the yacht until 1939 when it was sold to Mrs. G. J. Nicholson of Newport, R.I. who sold it in 1940 to the British Government for $5 in a deal brokered by Sir Thomas Lipton . The yacht was converted into a Surveyor Ship and was armed with 20mm Oerlikon AA and Bofors 40mm AA. It was equipped with a full printing shop in order to print sea charts , renamed the HMS White Bear and dispatched to the Far East to be based in Trincomalee, Ceylon where it served out the entire war cruising around the south China Sea especially the Mallaca Straits, Malaya, Sumatra and the other Indonesian islands. Among its famous Commanders was Vice-Admiral Sir Archibald Day who took command of the HMS White Bear in November 1944. Following is a log of the movements of the HMS White Bear by year: 1940, 1941, 1942, 1943-44.

Following WW II, the British Government sold the ship in 1948 to the S.S. Burwood Company which kept it until 1952 and sold it on to the Jules Ceulemens & Fils Ltd. of London. No more entries are recorded. In all, SY Iolanda had a succession of 8 owners during her fifty years in service.

The IOLANDA was finally scrapped in Holland in 1958 after 50 years of faithful service leaving only memories of a distinctive history and a few relics such as a ship's bell and clock in the hands of collectors. 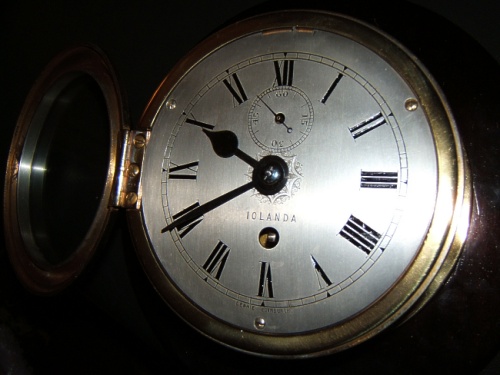 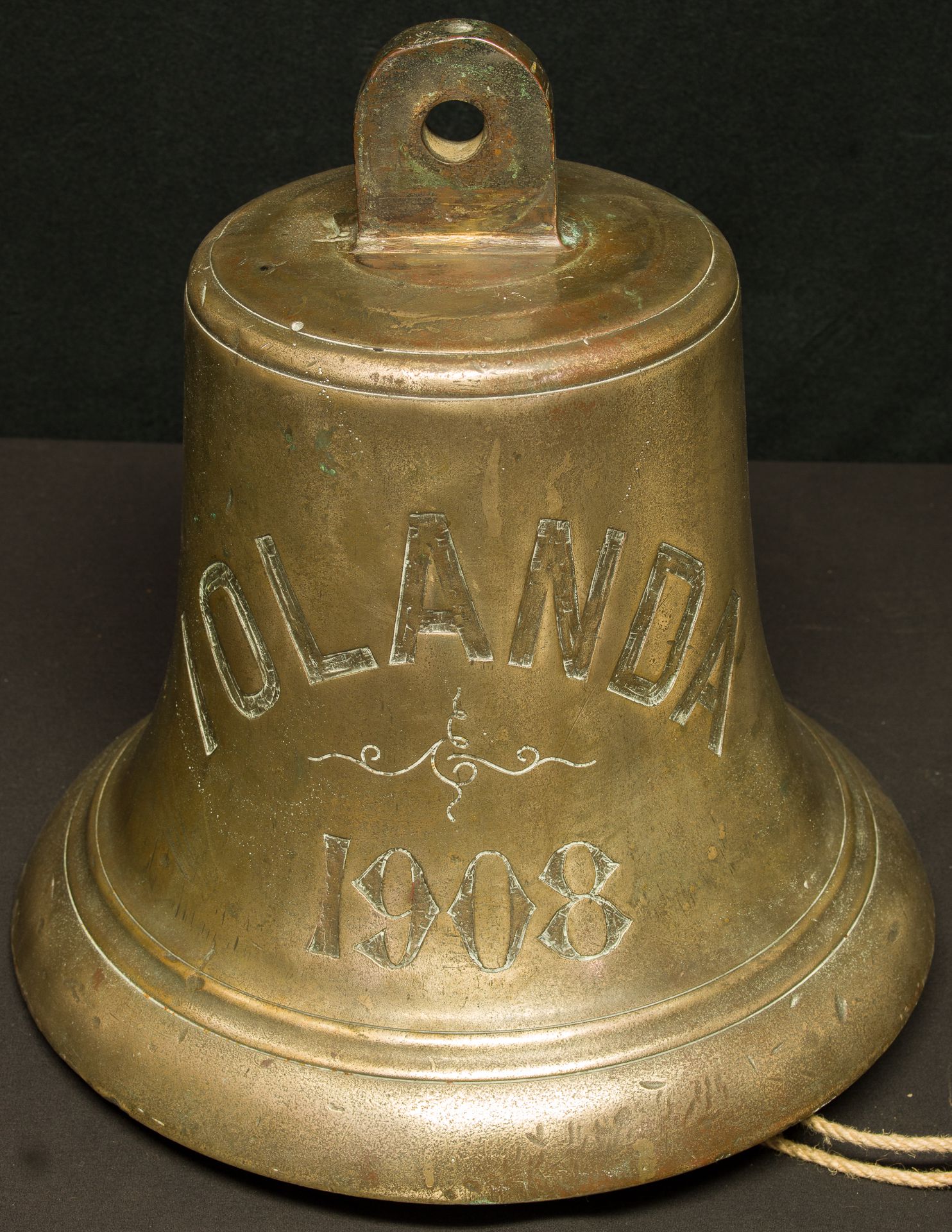 Several paintings depicting the SY IOLANDA were made by reknowned artists. One such artist, Antonio de Simone, painted SY Iolanda in 1909 while it was cruising in the Bay of Naples, Italy 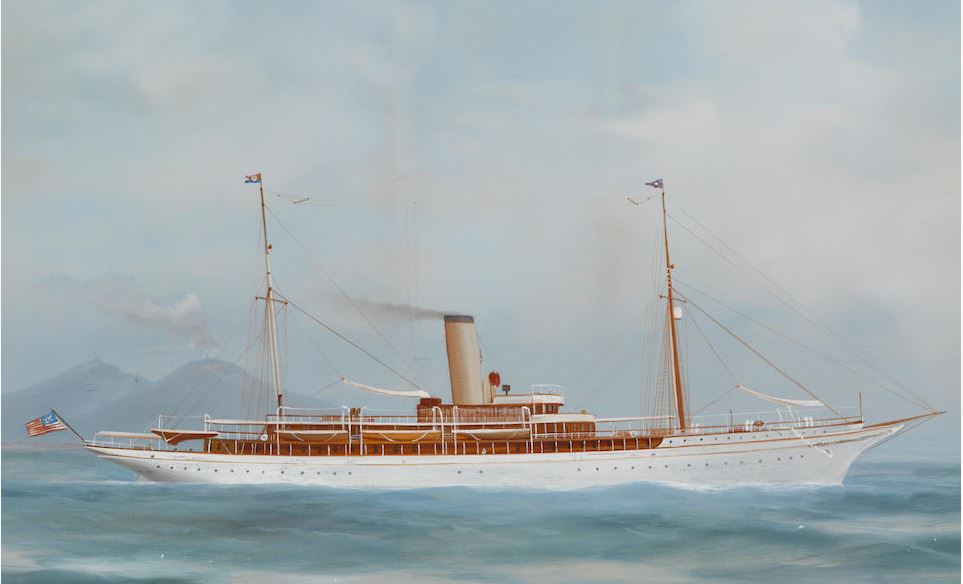 SY IOLANDA was also a popular subject for photographers 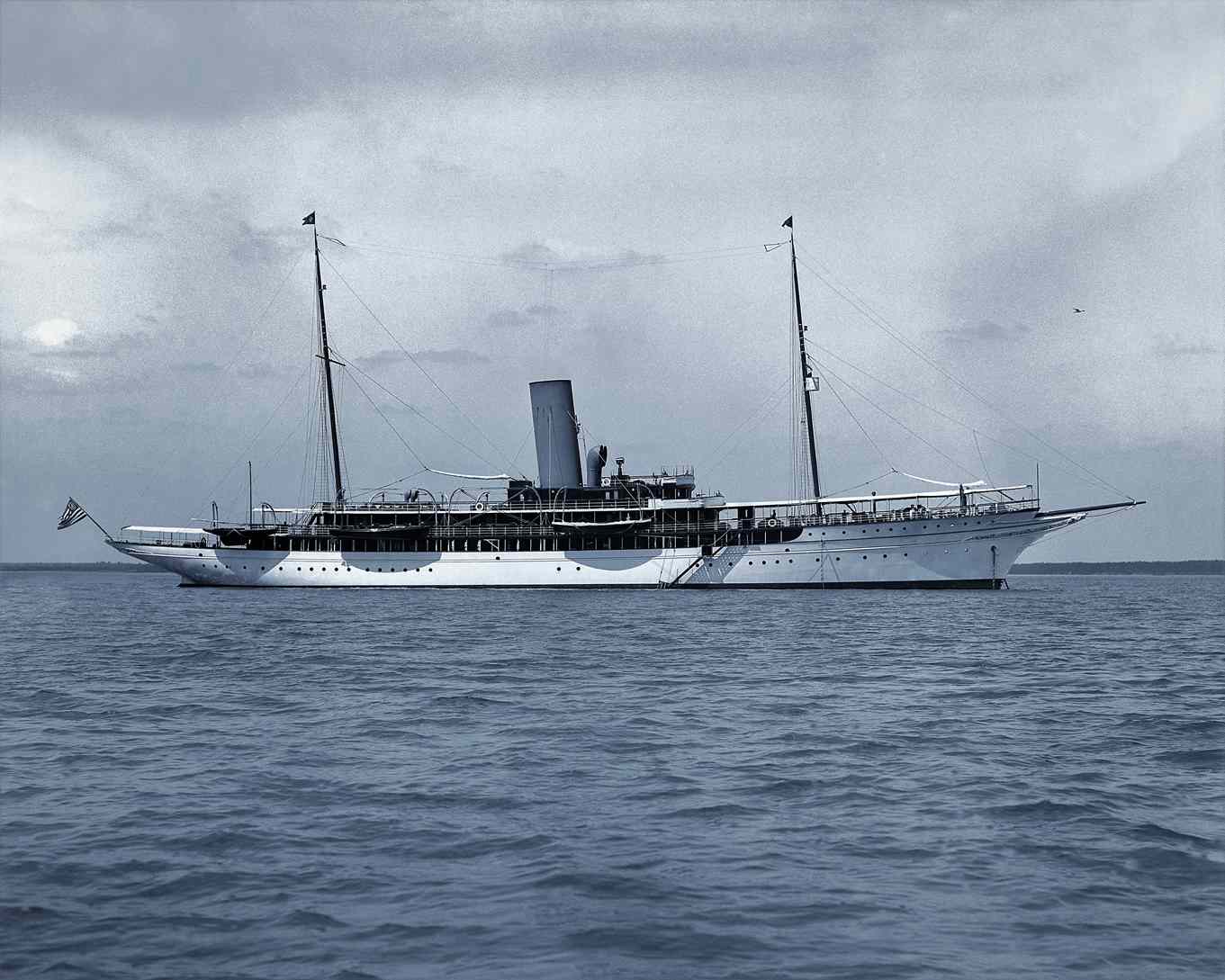 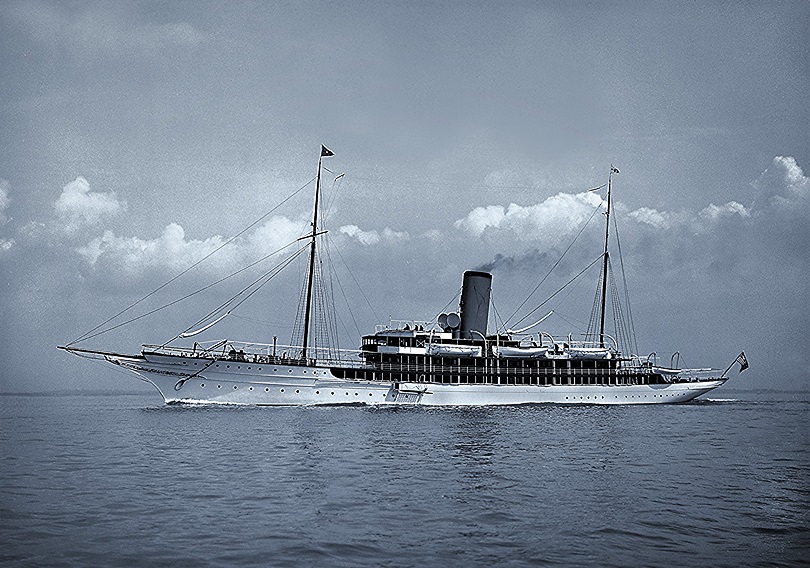